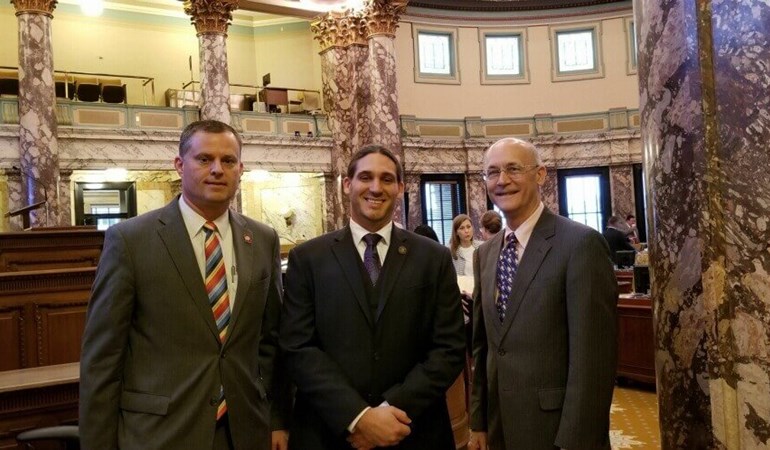 The Chickasaw Inkana Foundation (CIF) has a dedicated board working diligently to support the mission of the foundation as well as generate interest in the development and future construction of the Chickasaw Heritage Center (CHC).

In December of 2019, the CIF hosted a luncheon for local state senators and representatives.  The luncheon included a presentation detailing the significance of the CHC, both culturally and economically, for the city of Tupelo and the state of Mississippi. In addition, the presentation highlighted the foundation’s desire to partner with the state of Mississippi to finance the project. Representative of District 17 Shane Aguirre said “The renderings of the Chickasaw Heritage Center are impressive. The efforts of the foundation and commitment from the Chickasaw Nation illustrates the nation’s desire to share their history and culture from their perspective.” Rep. Aguirre goes on to state “I’m confident this center will have a positive educational and economic impact on Tupelo and northeast Mississippi.”

In March, Interim Executive Director Brady Davis visited the Mississippi state capitol to discuss the project with elected officials to secure state funding. During the recent session the state legislature authorized $3 million in bonds for the CHC project. Davis explains “The amount of support we have received from our legislators has been tremendous. Even with the current situation, the State of Mississippi is focused on continued economic development and job growth to counter the negative economic effects of the pandemic.” Furthermore, Davis asserts “The Chickasaw Heritage Center, which plans to provide at least 25 permanent jobs, and have an annual economic impact of nearly $6 million dollars, will certainly be an important part of this effort.”

State Senator Hob Bryan of Amory, who represents the 7th district which includes a portion of Tupelo, is a strong supporter of the project. Sen. Bryan explains “Being included in this year’s bond bill means much more than just the $3 million authorization.  It means the legislature — as an institution — is committed to this project.  We’ll have to work for additional funds each year, but this makes it all but certain we will eventually be successful.”

State Senator Chad McMahon of Guntown, who represents the 6th district which includes Tupelo where the CHC will be located, is also a supporter of the project. Sen. McMahon expresses “I am so happy that we are able to partner with the Chickasaw Inkana Foundation and the Chickasaw Nation as the heritage center is being developed and becomes another state cultural treasure. Located off the Natchez Trace Parkway and within the city of Tupelo, a five time all American city I believe the Chickasaw Heritage Center will be a destination for historians, naturalists and world travelers.”

The CIF is seeking $16 million from the state of Mississippi toward the construction of the CHC. The Chickasaw Nation has pledged up to $16 million in matching funds which will pay for phase I of the nearly $36 million dollar project. Jamie Joyner, Chairperson of the CIF board stated “The hard work and support shown by our city, state legislators and the Chickasaw Nation are very much appreciated by our board of directors. Let’s keep working until the total is raised and we have a beautiful heritage center for all to enjoy.” 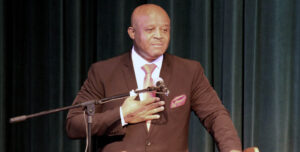 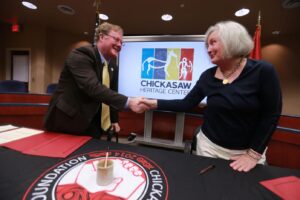 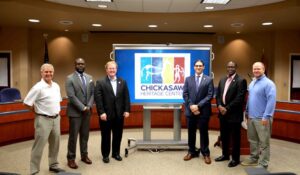